return of the Scholmwehr bridge

Since yesterday, May 3, 2021, one of the landmarks of Bad Lauterberg, the Scholmwehr Bridge, is being rebuilt after restoration. The four restored bridge elements are back in place. Now a railing still has to be erected. It was not an easy task for the employees of the companies Kälz and Domeier to lift the bridge elements onto the bridge and mount them flush, initially with a crane from 'Ritscherstrasse’, later from the riverbed of the Oder, 'ometimes more than one run-up was necessary. It will probably be another 14 days before the bridge can be walked on. The planks for the walkway are to be installed from May 10. 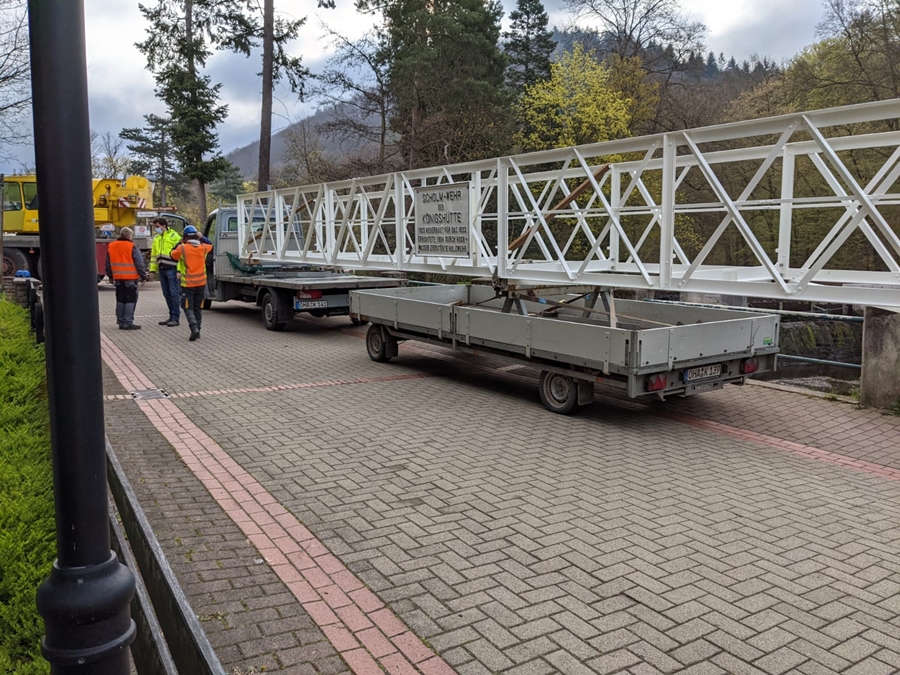 the first bridge part is delivered 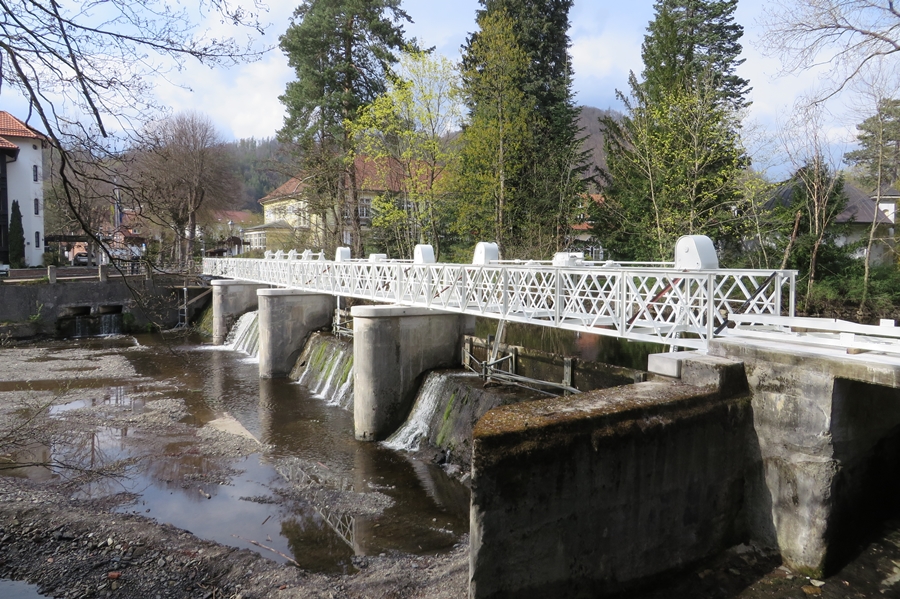 the four restored bridge elements are back in their original place - View direction: city center and spa district