Review of the International Museum Day on 15 May 2022 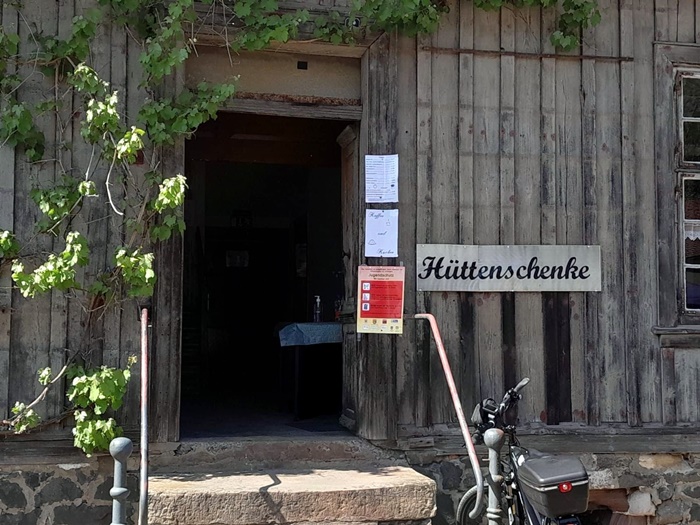 The International Museum Day was a success for the sponsorship group kings’ hut (Koenigshuette). About 500 visitors found their way to the Industrial Monument kings’ hut (Koenigshuette), a colorfully mixed in terms of age. The activities offered by the sponsorship group - from the obligatory show casting to the information rally to the hands-on activities of the Children's Protection Association - were well received.

The craftsmen's stands were also well received, especially the stand of 'Roccofant' (Bad Lauterberg-Barbis) was a crowd puller. New this year was music from a barrel organ. The barrel organ player was one of the most photographed persons of the day, providing background music from lunchtime onwards. The four guided tours offered by the sponsorship group were well attended and the Café hut tavern and the barbecue stand in front of the building were also very busy. The cakes in the coffee shop hut tavern were partly donated by members of the group 'Lauterberger helfen sich' (Citizens of Bad Lauterberger help each other), we say a great thank you to all the bakers of the group, and ... of course ... also to Mrs. Manuela Lunk, who is the administrator of this (Facebook) group. She received the cakes from the bakers and brought them to the kings’ hut. Without her we would not have been able to offer such a variety of cakes. Our members Mrs. Monika Wildner and Mrs. Illse Brodowski also baked cakes. In addition, there were cake donations from the local coffee shops and confectioners Mangold and Schnibbe. The support group says thank you to all of them. 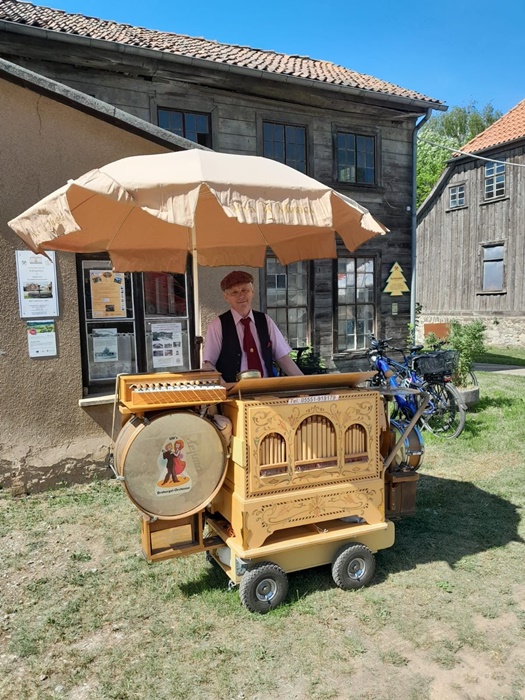