Cinema evening at the king’s hut (Koenigshuette) – a review 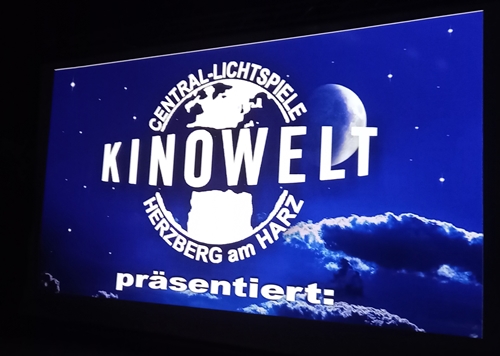 On Friday evening, September 24, 2021, there was a movie night at the Koenigshuette (king’s hut) in Bad Lauterberg. It was planned as an open-air event, but in view of the weather forecast it was moved to the fettling shop, a section in the foundry building. Already in the morning, the set-up took place, ‘Kinowelt Herzberg’ (cinema world of Herzberg) brought the equipment for the cinema evening and chairs were set up. Before the film 'the pretty big dream' startet, there was at 7:30 p.m. a short  guided tour - owed to the late hour, which makes some stumbling blocks of the premises invisible. For the film itself, the 3G rules applied, even if it was no longer mandatory at this point due to the Corona location, but safety first. The ladies from the sewing group called ‘Naehtreff’ supplied the visitors with drinks - including wine and sparkling wine, and also with pretzels and - as befits a cinema evening - popcorn to satisfy the small appetite.

The movie started at 8:30 p.m., as usual with short trailers about movies of the next time, and …  there was also a trailer that got in the mood for the King's hut. Then it was time, the movie started and the audience was feverishly accompanying the young teacher who, coming from England, was supposed to teach English in an upper third - today we would say the eighth grade - in a grammar school (German: Gymnasium). In order to awaken the joy of the language in the students, he taught them to play soccer, of cause in English, soccer was already popular in England and widespread in private schools. The activities around English lessons and soccer did not go off entirely smoothly - who would have expected otherwise, the film is set in 1874, and, physical education at that time resembled military drill.  But of course: all's well that ends well. The visitors had enjoyed the film in the super ambience, logged out with their Luca app and were happy to have been there.

The only downer was, the decision to show the film at the Koenigshuette (king’s hut) had been made at quite short term, and this was reflected in the number of viewers. 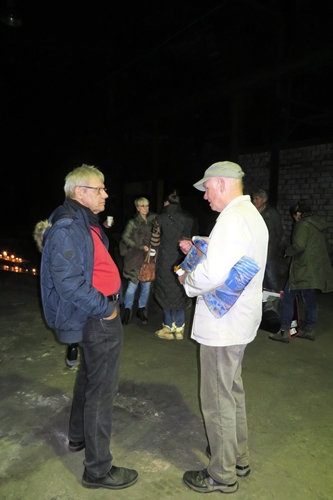