Approval of the Scholmwehr Bridge

A week ago, on June 26, the Scholmwehr Bridge was ceremoniously reopened after successful restoration.  The restoration was made possible by funds from the LEADER funding and by the co-financing by the city of Bad Lauterberg as well as by donations.  Our first chairman, Mr. Hillegeist, reviewed the history of this weir bridge in his speech: built in 1733 in wooden construction, the weir bridge has been destroyed twice by floods. After the first destructive flood in 1833 - 100 years after its construction - it was rebuilt in wooden construction, after the second flood, in 1904 - the weir bridge belonging to the kings’ hut (Königshütte)  was now in private ownership - the owner, Rudolf Holle, decided to rebuild the bridge in concrete and steel construction.

The steel parts of the bridge were manufactured at the kings’ hut (Königshütte) itself. Floods, which were not absent even after that, did not harm the new bridge, but wind and weather. About 20 years after the construction of the steel bridge, Rudolf Holle agreed with the town of Bad Lauterberg that the citizens of Bad Lauterberg would be allowed to use the path connection over the Scholmwehr bridge; in return, the responsible persons of Bad Lauterberg undertook to maintain and care for the plank path. Mr. Hillegeist continued to report on the history of the restoration, which did not begin until September 2020, and thanked especially our second chairman, Dipl.-Ing, Christian Mühl, who accompanied the project with many volunteer hours in addition to the planning office, for his work. Further thanks went to the involved companies, they also did a good job. Bad Lauterberg's mayor, Dr. Thomas Gans, also emphasized the importance of the Scholmwehr Bridge in his speech and once again thanked everyone involved for their work. He also emphasized the work of Mr. Mühl in particular. Afterwards, Mr. Hillegeist, Mr. Mühl and Dr. Gans released the Scholmwehr Bridge by cutting through the barrier tape. They were also the first to cross the cleared bridge. The visitors to the small ceremony followed suit. 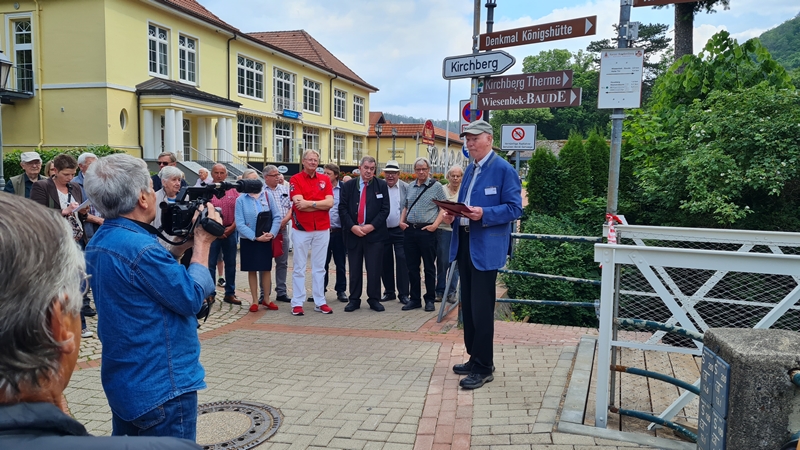 The first chairman of the kings’ hut (Königshütte) sponsorship group, Hans-Heinrich Hillegeist, welcomes the visitors to the festive reopening of the Scholmwehr Bridge. 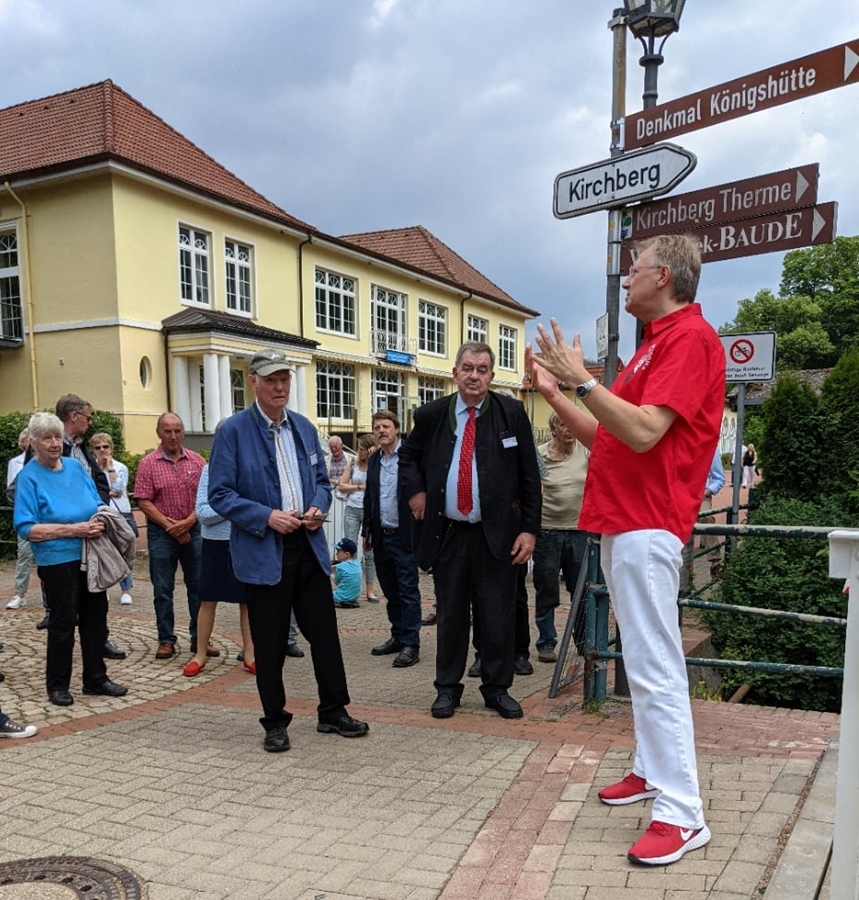 The mayor of Bad Lauterberg, Dr. Thomas Gans, pays tribute to the work of restoring the Scholmwehr Bridge. 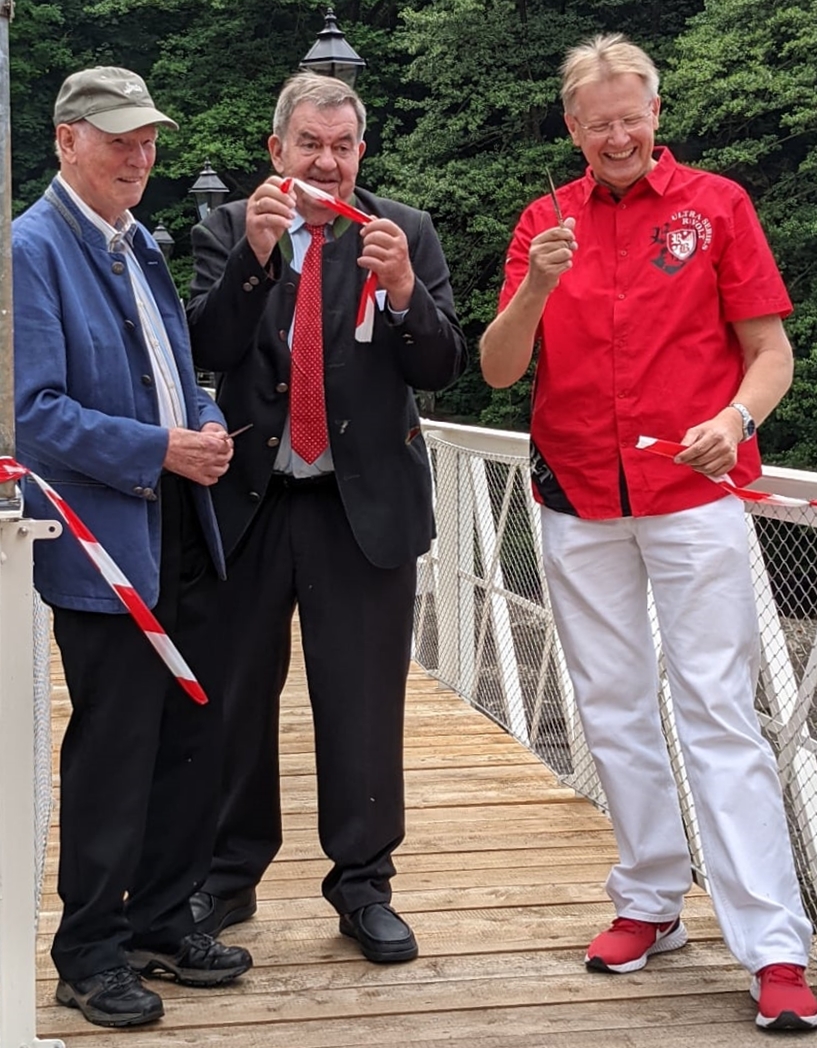