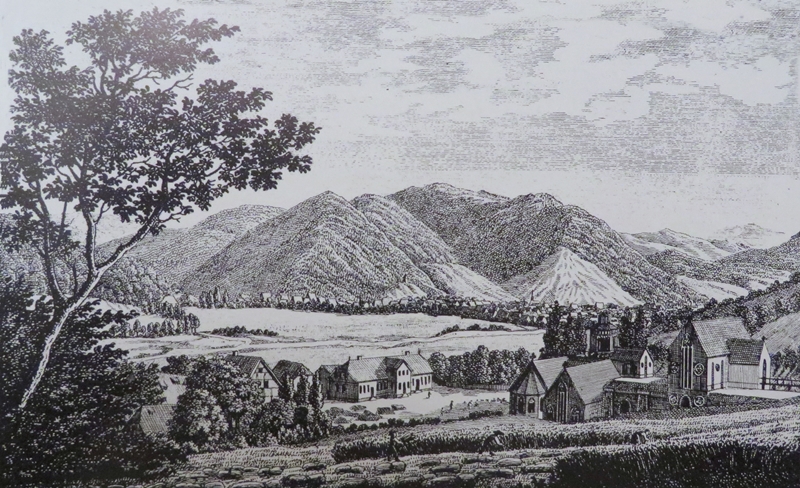 There is good news: due to the relaxations during this time of the Corona pandemic, we are again allowed to offer guided tours of the ‘Königshütte‘ site and through our museum, the South Harz Ironworks Museum. The first guided tour this year will take place on Tuesday, June 8. As usual, the approximately two-hour-tour starts at 3 p.m. at the ironworks well. There, club member Thomas Böttcher will welcome you and explain the history of the king's hut (‘Königshütte’). The mask requirement has not yet been lifted,so please wear a medical or FFP2 mask on the grounds and especially in the museum.

The history of the king's hut (‘Königshütte’) began around 1727 with the idea of building another ironworks next to the iron hut near Elbingerode, called 'Rothe Hütte' - built in 1707. Many of the former small ironworks in the Harz Mountains had fallen victim to the 30 Years' War and were still lying idle almost 100 years after its end. The decision to build the new ironworks was taken in 1731 by the mining authority in Clausthal. The new ironworks was to be built below the village of Lauterberg, namely at the trench of the copper mine named 'Frisches Glück' at the spring ‘Kalter Born’, this copper mine had been operated from 1713 to 1731. Construction work of the king's hut - ‘Königshütte’ - began in 1733.

The site had been chosen with care, because a (private) ironworks had already stood there, named Süssenhütte. It was named after its owner Joachim Süsse. Built before 1580, it had become fiscal in 1617, but was closed in 1624 due to unprofitability.