Get to know the history of Königshütte in Bad Lauterberg im Harz! 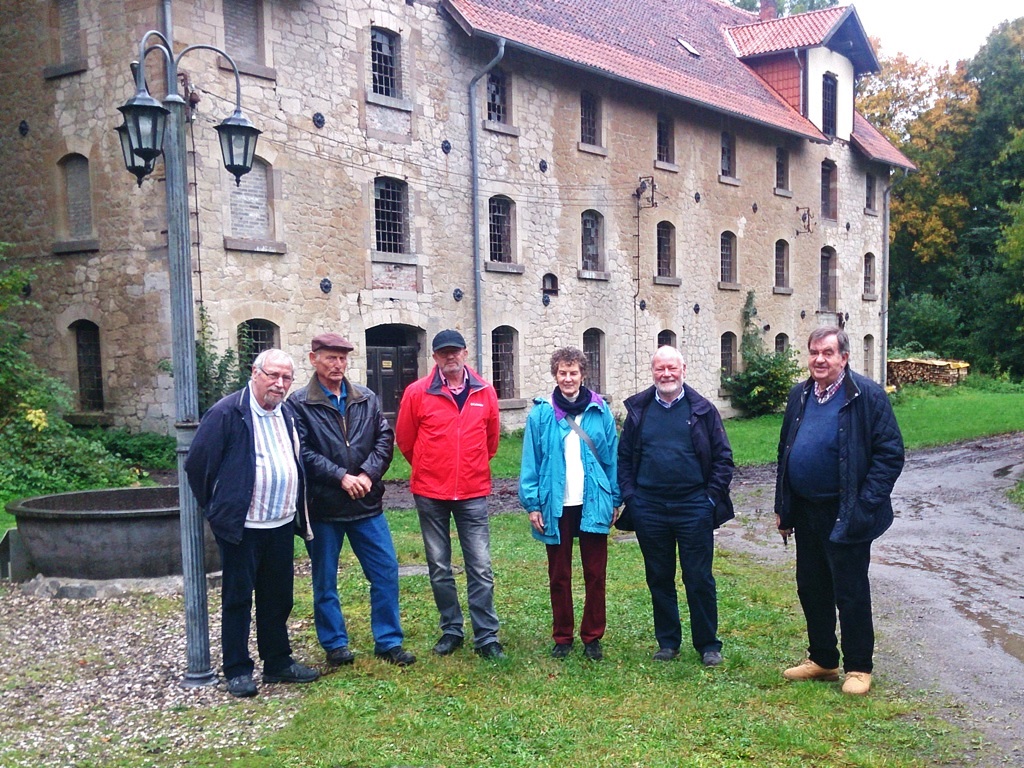 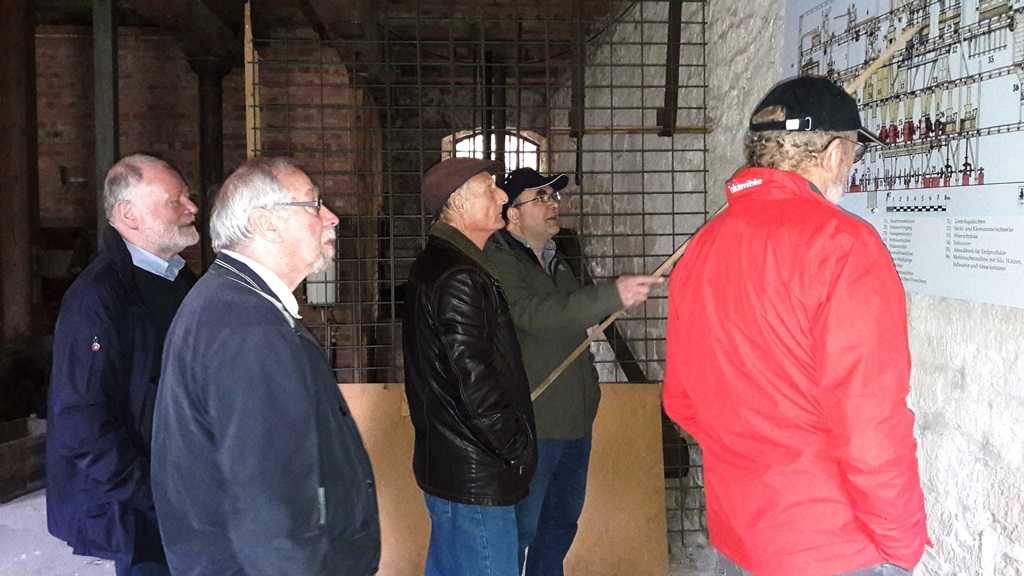 On Wednesday, October 14, 2020, the ‘Förderkreis Königshütte’ received a visit from a mill association from the district of Seevetal. which is in charge of the 'watermill Karoxbostel' in the district of Hittfeld. The contact came about through an inquiry to the ‘Förderkreis’ because of the origin of a crushing chair, a special grinding chair of a mill, with which grain flakes can be produced. After privatization in 1872, the Königshütte company had built its own industrial mill and also sold entire mills and mill accessories throughout Germany. Whether the squeezing chair of the water mill Karoxbostel originated from Königshütte could not be conclusively clarified. Four members of the association, which cares for the water mill - it counts today to the 1,300 members - had set out to visit the mill and also the entire king hut. After a conversation to get to know each other, they went to the mill. (The mill equipment is still completely preserved, only the motors and the transmission belts were dismantled when the mill was shut down in 1960). Our guests - Willi Koppermann, deputy chairman of the ‘Mühlenverein Karoxbostel’ (mill society ‘Karoxbostel’), Rolf Nagel, Rüdiger Fromator and Claus Hiller - were totally enthusiastic about what Mr. Puhrsch had shown to them and, they would have liked to start immediately with the restoration and repair of the mill.